the Denim Saga [part 1] – About that Yarn

Back in my early days, ooh, two decades out of the five ago I started knitting, I was entirely enthralled by a certain kind of yarn but much too SHY to actually make anything out of it.

Now, coming from someone who knit a whole sweater out of dishcloth cotton, that is, perhaps, a bold statement. which featured a rather freckly hunk you might know: 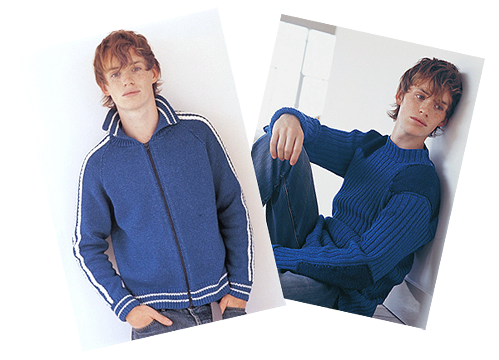 But even with all that inspiring, lustable goodness, and the fact that I WAS one of the Denim People (aren’t we all!) I only got as far as getting the yarn itself.

Well, this week is The Week I now am going to go down That Road.

I found out, while sorting and saving the favorite yarns in my stash, I could not resist its dark navy siren call any longer and started winding off some skeins. 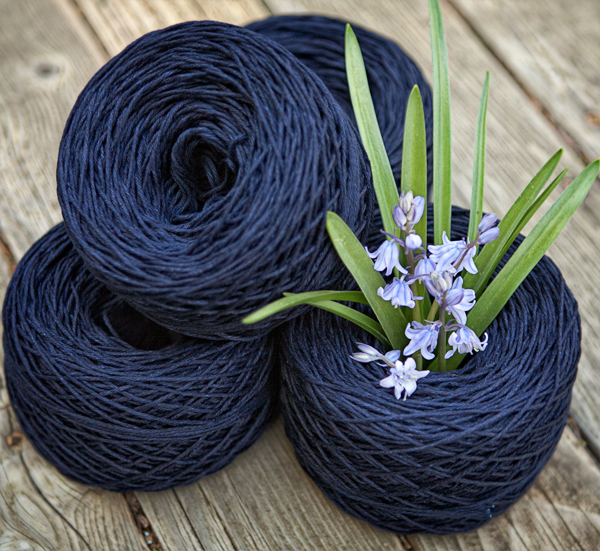 about That YARN
The yarn I purchased was called Den-M-Nit and although it wasn’t the branded the same as in the magazine, it was from the same original mill source.

Also common to both? An indigo dye process, just like the one used in the making of blue jeans, where the fiber itself is surface-dyed.

If you open up one its six plies, you can see their inner white cores. 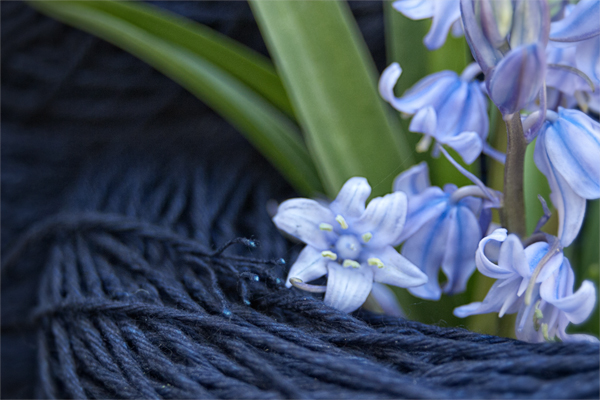 The dye does not fully penetrate the strands – it is called ring dyeing – and it’s usually achieved through the rope dyeing process (cool industry-on-parade link here).

This allows the outer layer to fade away from blue-to-white in degrees through wear and washing, leaving a lovely tonal range of blue over the surface of the fabric, whether woven or knit.

The best kind of design for this variable fading fabric is something that has Highs & Lows. 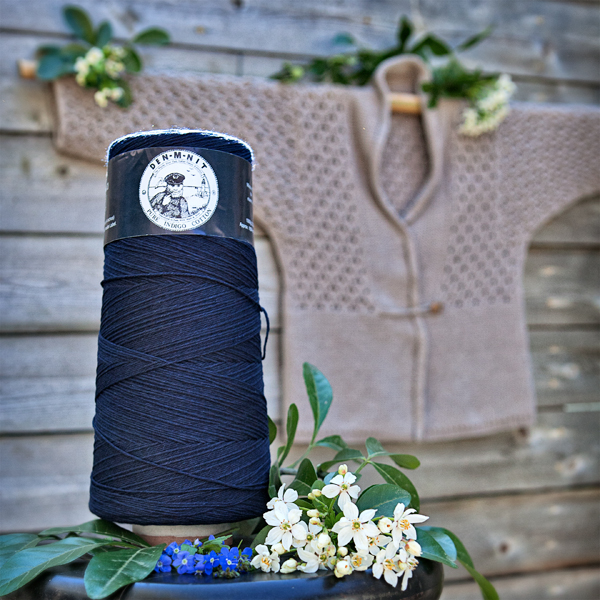 Like cable patterns or knit/purl combinations, or in my case: Lace formed with yarnovers and decreases, like in my design CERISARA. 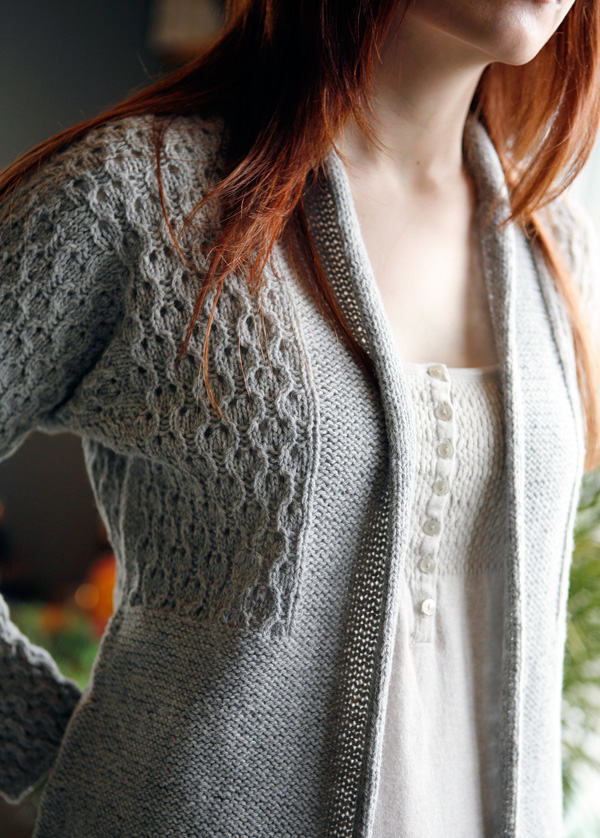 The decrease stitches are higher than their neighbors and, in the case of the CERISARA design, push the next rows stitches higher for awhile as well.

It’s almost like a series of small cables waving back and forth – beautiful.

That eyelet patterning is coupled with reverse Stockinette stitch, which has a high/low characteristic as well in its purl stitches and should subtly highlight the indigo fade.

MODS
The secret of success to using this yarn, which not only fades but SHRINKS in length (just like your favorite jeans) is to knit the garment you’re making LONGER. No compensation is needed for circumference/width.

The above is measured over 4″ but in terms of 1″ increments that’s:

So, to scale my CERISARA design, I’m going to adjust:
• For every 1″ of original length / 1 extra row worked

Because this is a modular, organic design, which is defined by length proportions to begin with, this should be quite doable.

Now, to cast on (after I wash my hands after all that winding)…