Being ever so misty-eyed that Season 2 of Downton Abbey has wrapped here in the States doesn’t mean the story has ended but just a different king of chapter continues.

Knitwear from almost 100 years ago. 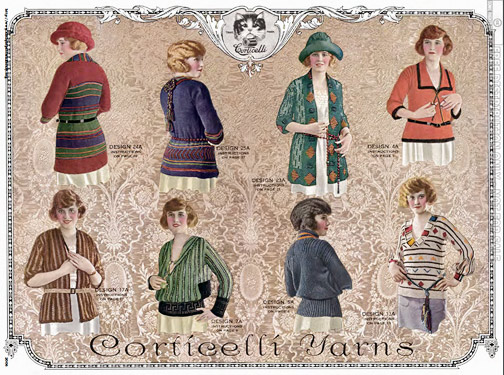 Women were just being more Public.

They were going Outdoors more than ever before. They were playing Sports. The popularity of tennis & golf gave rise to the need for some mobility garments, stat.

And now, sweaters and jackets appeared for women that allowed them the same range of movement that their brother golfers and swingers were enjoying.

No more Mutton Sleeves; begone Bustles, farewell hemlines that dragged in the dirt.

Now, if you’ve seen any fox hunts on film, chances are you’ll recognize the Norfolk. “It was originally designed as a shooting coat that did not bind when the elbow was raised to fire.” And something else happened that was very exciting: fashion equity.

Just like in the culture-at-large, the knitwear the Upstairs was wearing appeared Downstairs as well, almost to a T. You could make it… 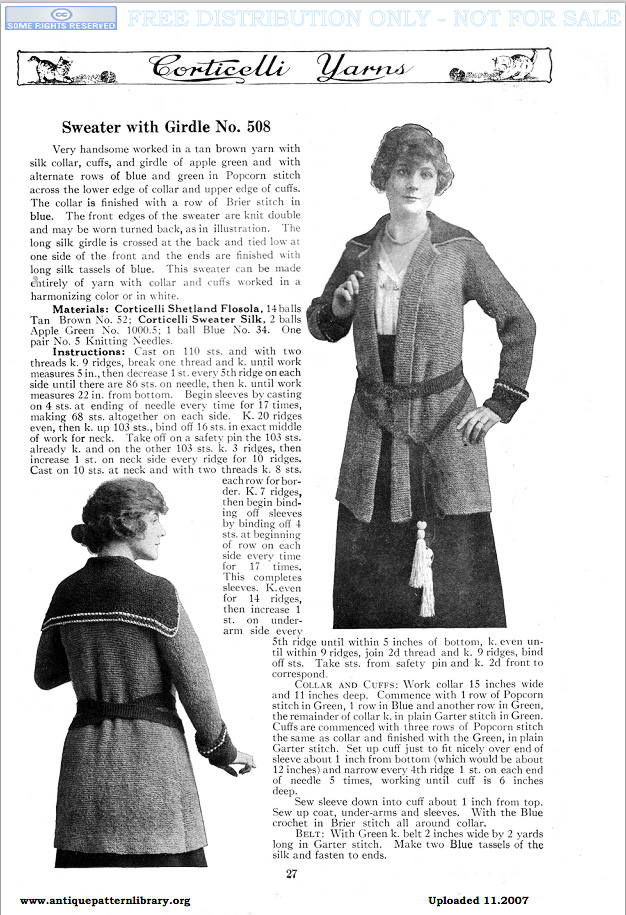 Here was the birth of Casual, where formality melded most neatly into Comfort, without losing style…

And this is what I find the very most exciting about clothing from this time: women moved away from being rather strictly ornamental to being At Large.

A small step, but, indeed, the journey begins…