They say it’s the simple things and I’d have to agree. Just a little slap happy today becasue something I depend has rebounded to the Normal…

So, being the geek grrl that I am, I tore it apart and tried to put it back together. Even went online and found a downloadable faq sheet on how to put it together. But what was missing was HOW the center pole really worked. No matter what I tried, I could not restore it back to its springy nature.

So I gave up, banished it to the corner of my studio and got on with a million and other things this spring/summer. 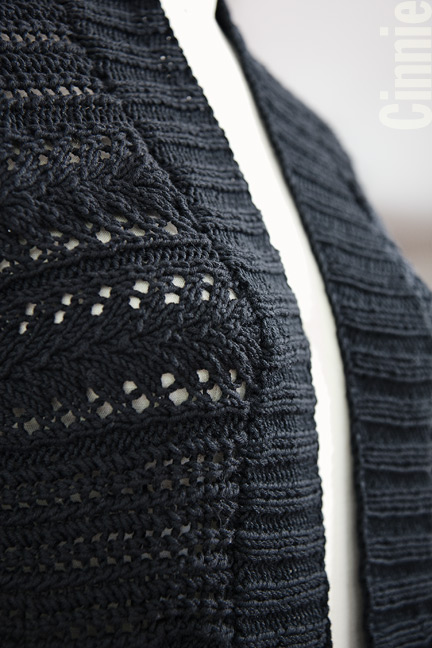 But today, I just was obsessed with using it again! And I got out that faq sheet one more time and, thrilla, opened it up in Adobe Reader and blew up the schematics and pictures and really studied the pictures.

Now, it wasn’t until quite late in my PDF career that I figured out how GLORIOUS enlarging PDF’s can be.

Sometimes, folks write to me about the font size I use in my patterns – generally, these queries are that it is too small. And trying to alleviate eyestrain, I recommend checking the end-user monitor display resolution as a starter. Sometimes, hiDef sizing makes other stuff shrink and look tiny, including text.

But, after I started using an iPhone, I became addicted to swipe-enlarging everything I was browsing and now selectively enlarge areas of my PDF’s while using them on my computer. I just hold the command-key and tap the plus key and it goes UP (and down with the minus key); also, holding the space bar makes a little hand appear and you can drag it all aroung.

Most of the pictures have enough resolution to go LARGE and that goes for schematics and graphics, too…

So if you want to go bazinga instead of bananas, try enlarging everything until it’s too big and then come down a little.

I did this with my mannequin instructions and found out that I’d put the center pole back together in my own non-scientific way: ie. wrong!

Even though the picture was a little fuzzy at its super-sized self, I could see the actual parts and how they were arranged together and more importantly, how closely spaced they were to create tension in the pieces. It took a few re-do’s but that’s another thing that doesn’t seem to bother me. I’ve learned (my Dad would say, from the School of Hard Knocks) that the first try isn’t always going to work; that even if you do something almost exactly the same way, it might be just enough different to click. Photography is like that! Try taking some pictures of a stationary object over and over and look at them. You will see that there is rarely a duplicate in the bunch. That is why they take so many, many shots! ;0

VOILA! We are back in bizness. 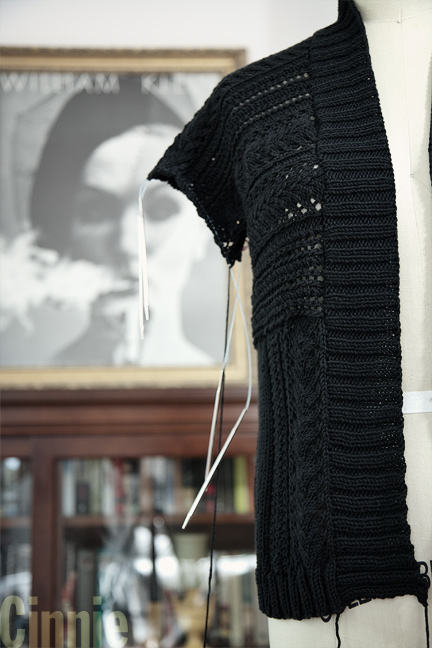 In between the release of the Fall Collection to your LYS, I’ve been sneaking in a little Olympic knitting – with mixed results.

Take one part black yarn, and one part evening light and one really exciting vollyball match and you’ve got an event of your own going on: Pick Up & Knit for the GOLD!

I tried something a little different with my CINNIE this time – I used the given ratio of pick-up along the lower Body of it, but went up a notch in the upper lace portion.

HINT: if you are a curvy lass, you might benefit by picking up more sts than what’s suggested. This will make a better behaving and fitting band in that “special” area.

This year I’ve become really enamored of the Art of Picking Up Stitches.

One of the new Fall styles has top-down set-in sleeves and not only am I in love with sleeves (Que?! Impossible!), I’ve graduated to a really truly deeply understanding of the architecture of picking up and knitting. A missin awaits…