Every season there’s a Look that simply can’t be ignored. This year around town, there’s a lot of Acid Denim redux going on but frankly, we can’t be sure it’s just not the recession making people go a little recycle crazy, like I gotta be me, I gotta be green.

Heh. And now that the weather is getting warmer in the fickle Midwest, we’ve seen something that strikes fear into our hearts even MORE than harem pants or holey knees: The Romper.

Worn with mile-high heels and lots of spray tan, this garment yanks us right back to the swinging ’70’s and disco madness, but people, really, should we go there again?

Fridays, when I was growing up, were for doing the Stroll, shopping after school with my mother, going Downtown then walking home along the river. In fact, those strolls might not have ever taken place if it wasn’t for the first few between mother and dad, who walked very slowly, sharing a paper sack of deluxe mixed nuts, heavy on the pecans, with an extra pound in pocket to be delivered later to my grandma. She often times walked with the young couple, maybe a half-block behind, as if invisible, unannounced, and trailing.

I always looked forward to these retail adventures, where anything could happen, but most likely, it would be all about the shoe.

Now it’s a commonly known fact that I love shoes.

Shoes, however, do not particularly love me. I’ve had rheumatoid arthritis since the early days and after a surgery, have a pinned toe on my right foot. The derring-do of early womanhood with high, high, heels has been tempered to low and fabulous. But one only has to spend a few moments shopping the incredible online shoe sites to see that there’s a plethora of wonderfulness out there for those of us on the low-stroll.

In fact, needing some new party sandals, I found what I thought was the perfect pair on the Kenneth Cole site, shiny, textured quasi-gladiators, with some kind of comfort tech soles that just cried out buybuybuyME! But when I went to Cart and tried to: BAM! Not in my size! OH! What a piercing blow! So instantaneous, so final, so unlike those few moments when you are actually sitting in a Shoe Store and the associate disappears into the back room to check and see. At least, while you’re sitting there in your tubular, glorious peddies, the moment is still alive, it can still happen. And your toes, they wiggle.

They didn’t have it either.

But they did have the will to make a sale. And they got on the phone. And moments later, speaking to Biscayne Bay FL, Aventura (wave!) the deed was done. Online handshakes landline via brick and mortar and happiness ensues!

But not in hand! Perhaps a consolation prize was in order, going up aways, dressing the “top layer” for the summer socials: 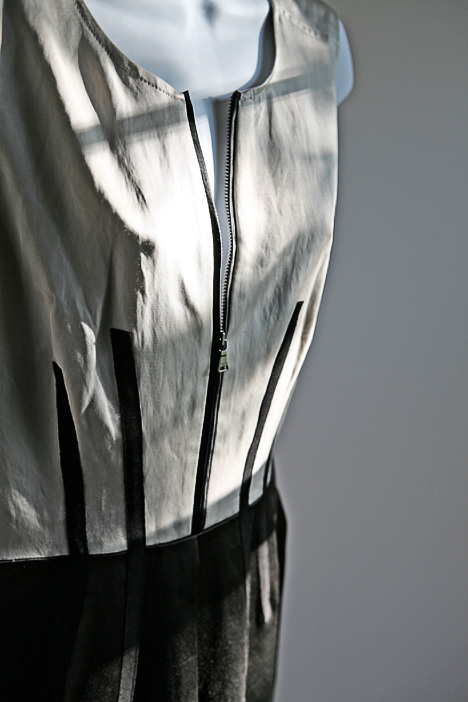 Maybe a little cocktail dress for that wedding, that musical, that dinner date: a shiny twill and polished cotton number from Club Monaco with the most intriguing appliqued grosgrain ribbon darts. The zippers, black front and back, are applied on the right side of the dress and although I wouldn’t unzip the back one, one could naughtify the front as needed, according to the function one was attending, or even how late you were into that wedding reception…

I walked home along the river, seeing my shoes everywhere I looked.

Everything was shiny, reflective, metallic and textured. The Trump Tower was filled with a panorama of the skyscrapers on the south side of the river, rippling in the late afternoon sun. 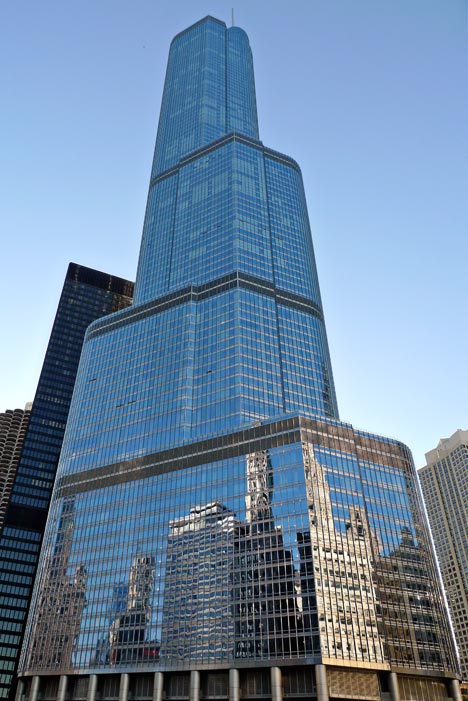 I dreamt about the shoes that looked like the river that reflected in the walls and towers and eyes. And now in Chicago, via Florida, via Cole and some really nice, nice people, my shoes 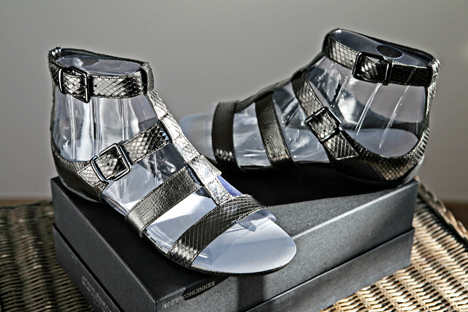 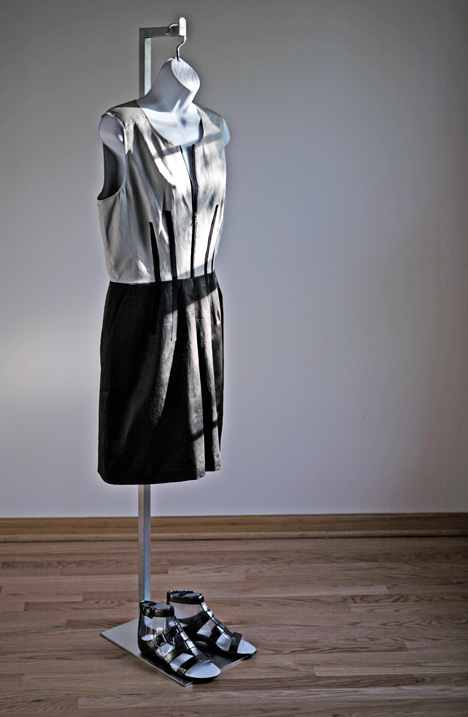