In my many merry ramblings through the world of knitting design, there is one phrase, even more than “reverse all shaping as for Left Front” that strikes fear and loathing into the hearts of knitters everywhere: And At the Same Time.

(Tell me your nose didn’t twitch a little even reading it!)

This fall, I decided to try something different, more user-friendly and hopefully more direct.

Writing the Mondo Cable series, I wrote the instructions without using this phrase. It was banned. There had to be other equally succinct ways to parse the idea of SIMULTANEOUS. (Even thinking about concurrent actions makes me want to capitalize words.)

Below you see the Mondo Cable Pulli I’m working on. I love the plushy polar-fleecy fabric this yarn (Jaeger Persia) is creating and can’t wait to snuggie down in at as the temperatures fall. We’re at that point in Chicago now where we’re losing all our leaves and the Real Stuff (cold, wind, ice, rain, omg, snow) is just around the corner.

This is fated to be one of those soothing Saturday sweaters and I have some favorite black velvet pants WITH AN ELASTIC WAISTBAND that will make a super comfy but great look.

I’m about ready to join the fronts but I thought it’d be interesting to look at the architecture here. 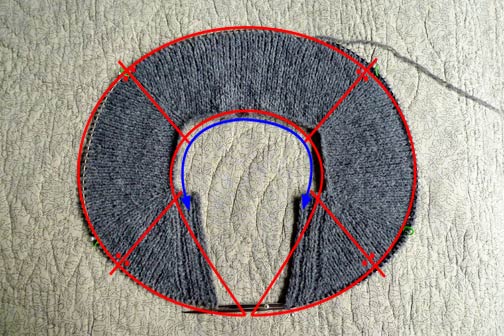 It is a typical V-neck top-down construction, a perfect storm of things happening in on-demand sync: you are increasing at intervals along where the sleeves meet the body segments and also at the neckline edges. The great thing is that once the increase areas are placed, you are basically doing the same activity over and over according to a schedule. The not-so-great thing is unless you put it on a couple of needles or string and pin it out flat, maybe you’ve never seen what a Yoke looks like from above because it looks very different smooshed up while you’re working on it.

I’ve made this type of sweater so many times now, the shape of a raglan yoke is part of my brainiac repetoire. I go on auto-pilot and the wheels on the bus go round and round, especially after the thing is joined in the round for the body section, especially when I’m watching this guy on TV.

But I digress! When this series first came out, we got some emails about the processes that were taking place. No matter how it was written, the fact that all this was proceeding together was lost. We saw online postings where it stated that the moronic designer just had to use the phrase And At the Same Time to get this done, marveling at why we even wanted to use a words like Simultaneous or Concurrent because the other phrase was most often used in patterns.

And we agree! Why fight it? It’s a phrase that although we knitters cringe a little when we see it, we also Pay Attention. Which is the whole point. It’s the ultimate walking and chewing gum at the same time. Once it’s unwrapped, you can relax and let the wheels go round and round, just like they’re supposed to ;p

Here’s something I’ve found that helps keep all those numbers managed well. 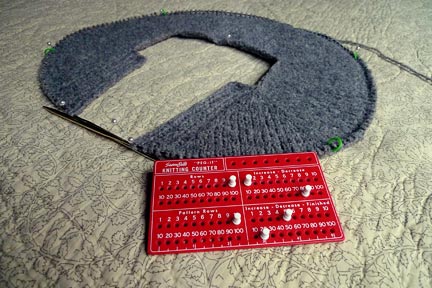 It’s a Peg Counter. It’s old school (is there an app for that? I haven’t looked but I don’t have an iPod, sigh.) I’ve lost a couple of the original pegs (comes with 8?) but this baby is really useful to keep track of all those shaping numbers. 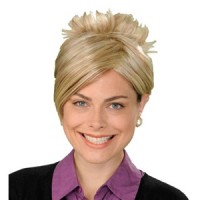 Now I’ve been to the Fair a few: Illinois, Indiana, Maryland, Michigan, Ohio, Wisconsin, but baby, I just wasn’t ready for this… 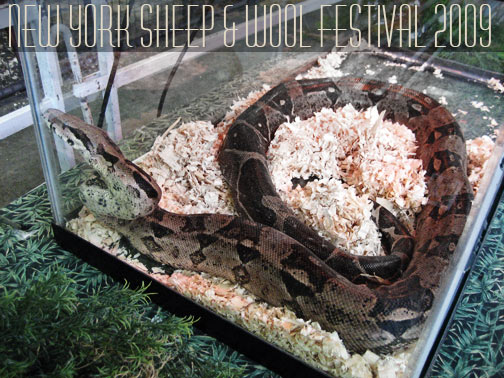 SQUEEE! But from the moment I entered the rolling, hilly grounds, I knew something was really different. Welcoming the Festers? Exotic animals like miniature Red Kangaroos, meerkats and my friend, the python-boa-it-was-really-big-and-scary even behind glass!

To help you climb the little hills? Guys from South America, guys playing pan flutes and guitars! My heart was leaping with my feet.

I was instantly in love, as were the waves and waves of people we saw everywhere: 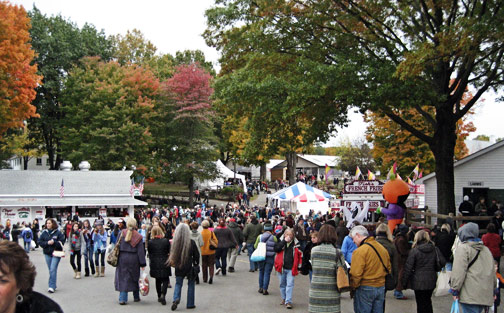 The first blush of autumn was sweeping the many trees, the chill touching all noses, teasing and tickling away.

We were surrounded by hundreds and hundreds of people wearing handmade, covered with the knit, all wrapped and snuggie with, pound-for-pound, more knitwear than I’ve ever seen in my life at any other festival. New York RULES! 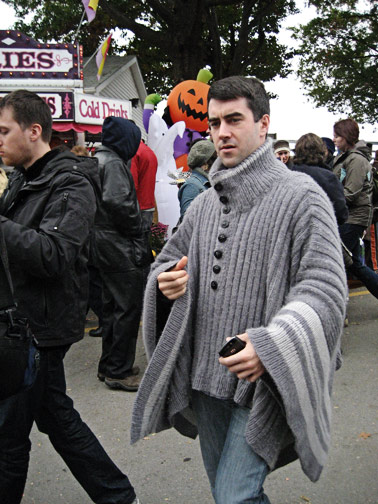 including this handsome chap sporting a glorious garment which my fest-mate #1 Kay christened a Mancho on the spot. Everyone around us wanted this wrap – speculating on gauge, dimension and yardage. The idea of Making Something Immediately was contagious and we hadn’t even seen a Sheep or Wool.

But that was soon to change 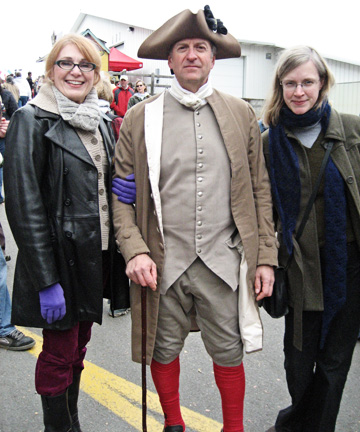 because along came someone named George Washington, a sheep farmer, a handsome sheep farmer, who was strolling through the time warp continuum to show his sheep and visit with the masses.

Thanks George! I appreciate the sentiment (and don’t you think my boots kind of go with his outfit – as was concurred by sassy fest-mate #2 Ann, on the right, and our 3rd fest-mate Mary Neal, who left out a description of the fair when we were talking about going: Reenactments! Love them…)

But it was here that I saw my first wool of the day, as I pulled this 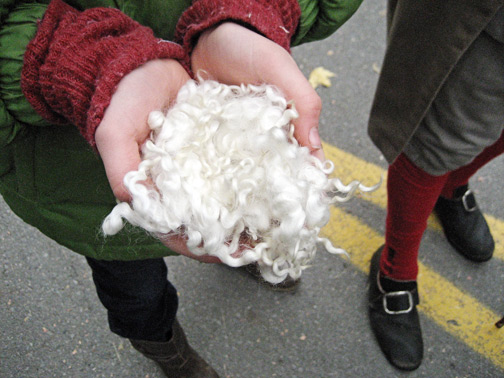 I was thrilled! And even more thrilled to miraculously cross paths with many of the people I was hoping to see. 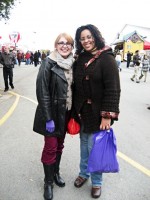 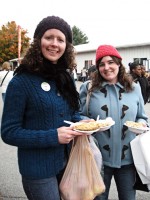 Deelighted to run into the beautiful RosiG, on the left, from Brooklyn, who’s been my penpal lately, and her fab friend Jeanine.

A little farther down the Midway, there was Glenna, from Ontario, in the pic on the right, who I’ve “known” for years online but never had had the pleasure to meet in person — so lovely and kind — who was getting some AWESOME apple pie with Liz.

Glenna was wearing a fabulous Cassidy sweater (click pic for bigger pic) she made from the most richly colored Ultra Alpaca – and you’ll notice she was one of the few people not wearing a coat — beautiful AND cozy. Check out Glenna’s Rhinebeck adventure here…

Away and up the hill and we finally found them: Animals! 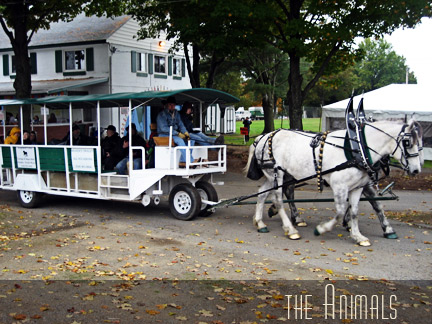 There were beautiful horses pulling a trolley which I longed for later in the day ;) The New York Sheep and Wool Festival is HUGE. Lots of buildings and tents and fields and hills and my calves are now beautifully sculpted to prove it.

Looking for some sheep herding dogs out in the fields, we ran smack into Frisbee herding dogs instead. This pup had what they called a WOW factor of +10 and dudes, he was airborne and likin it! 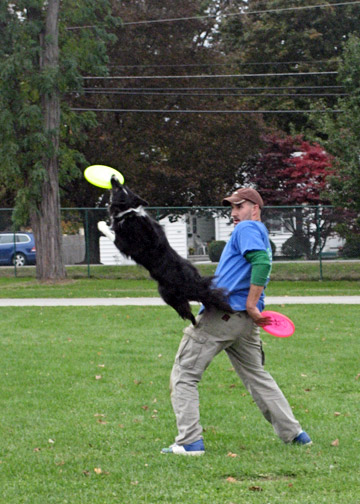 And gasp! I finally made it into the Barns. I was enticed by a Parade of Alpacas, trotting ever so delicately from building to building, their tufty heads and legs all championship special for the Competitions.

I adore Alpacas — they look right into your eyes with their ET orbs and just mesmerize. Way ahead of the lowly dolphin; rungs above even the magical Unicorn, although I suppose they frolic in the woods together at times…

Here is the winning Llama I found in the barn, on the right: 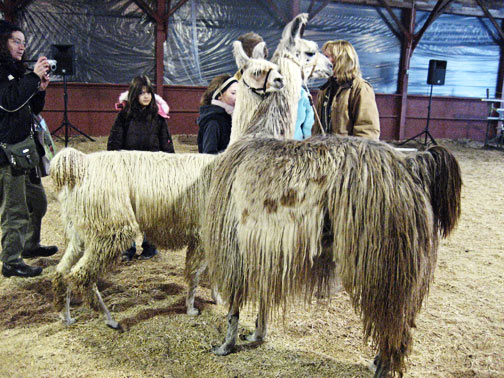 So Majestic! So regal! Such beautiful fleece! 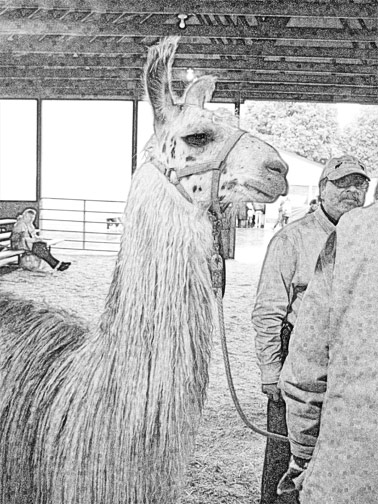 And what do you do with all that fiber!?

SHEEP TO SHAWL, baby! Most excellent. Ever since my friend Claudia described it in her writings, I’ve been mesmerized. Found in Building E, with the glorious smells of food and wine and cooking, along one wall, were teams of Spinners. 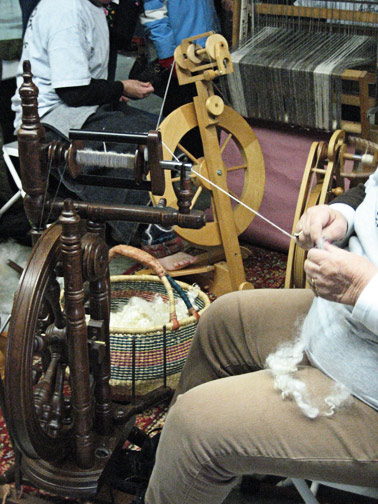 In one afternoon the goal was to spin and weave a Wrap and it was incredible. The speed and dexterity of the contestants was outstanding — and their handiwork just beautiful.

I was so excited I had to go celebrate with a Gigantic Coconut Macaroon (3″ high, dipped in semi-sweet chocolate, ooh)… 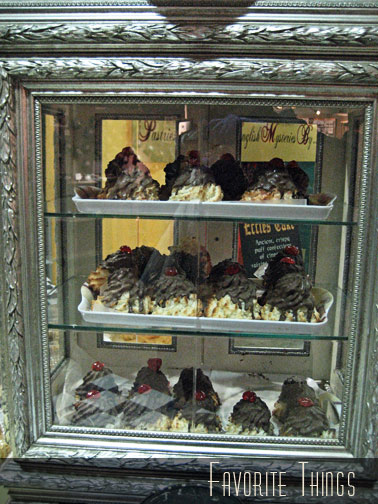 There is so much wonderful food here: the Apple Crisp with Vanilla Ice Cream; lamb couscous; potato-leek-bacon soup with huge fried bread croutons; everyone’s favorite, buttery articokes in pastry; and lest we forget: apple cider & fried dough sprinkeld with lots of sugar…

And then, because all this incredible work sampling these treats in the raw, chilly air takes its toll, I found the perfect place for a nap. Pardon me while I retire to my new Yurt… 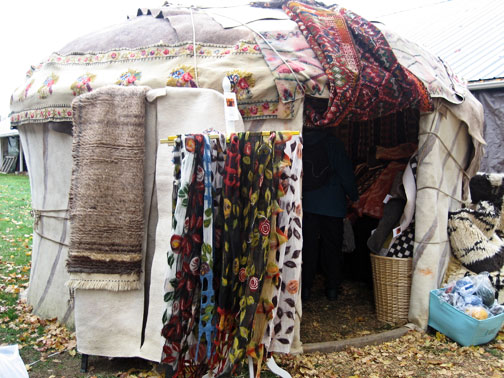