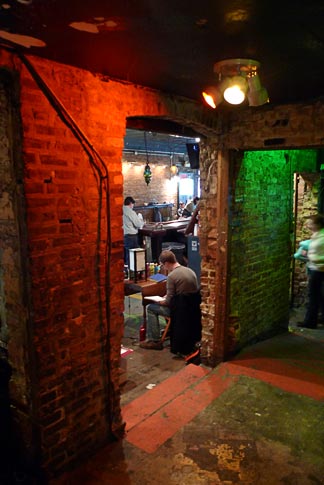 A couple of Saturdays ago, I paid a visit to my friend Vera, who invited me to come see her and her yarn at the Empty Bottle. Now the Empty Bottle is one of my favorite places to hear music and I was excited that it could be a showcase for something called the Handmade Market. 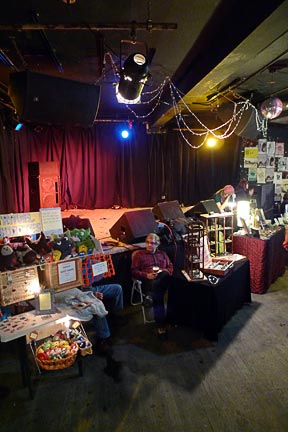 It was just about perfect! Here you see the stage behind a row of cool animal toys, a jeweler and print artist. Now imagine this: outside it was snowing like mad and when you walked in here, an oasis of color and craft. 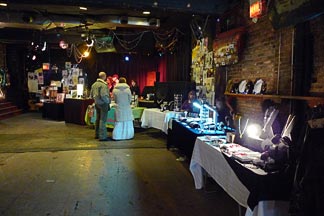 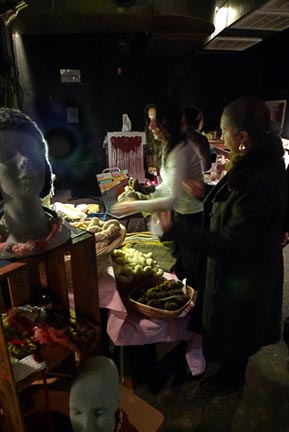 Vera was already busy at her space; she’d brought handspun alpaca and wool and an assortment of really cool slippers and skirts. 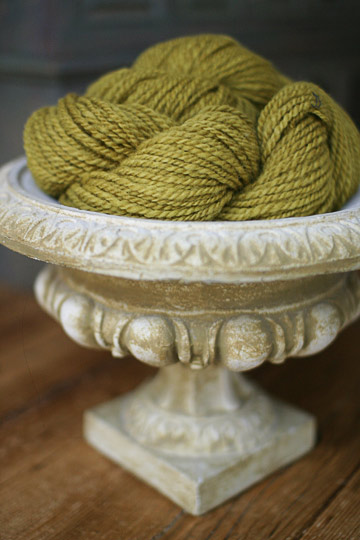 Here’s the yarn she plied for me, dyed with marigolds and spun from wool from the farm’s flock of mixed-breed sheep. It so speaks to the chartruese in me… 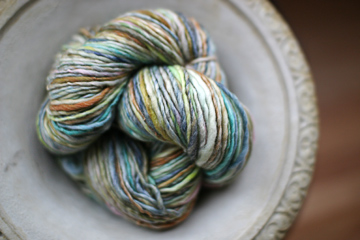 I was also seduced by some beautiful wool/seacell handpun from CloudLover. I’m thinking it’s going to make a snuggy cowl and hat set very soon…

To say that there’s been a Change would be the understatement of our new century.

But today, in Chicago, as a citizen and dreamer, I see it almost everywhere I look. It’s one of those rare moments where simple JOY is on most faces, where everyone’s been given a gift and is passing it along. Finally, some kind of homegrown bail out for the Little Guy, you and me, and with it an invitation to bring it and grow it and make it our own.

Chicago is called the City of Big Shoulders for good reason. We work hard, play hard, sometimes live too hard.

And this year, at this time, we are true to form and is it just me or do people seem Taller, Friendlier, Happier, aware that even in these days of turmoil and challenge, it really does come down to you and me together. 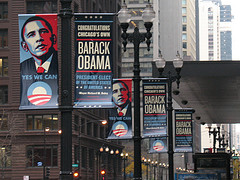 Indeed, there is a New Guy in D.C. He’s from Chicago, and yeah, we’re a little proud of him! (Photo by mojosmom/Flickr).

Over the course of the last year, I’ve been behind (and in front) of the scenes as a photojournalist, both campaign and post-election and the buzz? It’s well-deserved, earned and true. I witnessed the daily briefings at the local hotels, the unvielings of the team and their focus and if I was king of the world, I would’ve put every word spoken up on the web for all of us to see and hear.

Why? Because, regardless of where you stood in November, today, in January, we are now the People. And We, the People, have elected one of the most thoughtful, modern and motivated teams in memory.

Needless to say, I’m pumped! And I hope you are too!

Tuesday, January 20, 2009
Fate will lead you where Nature dares to go… 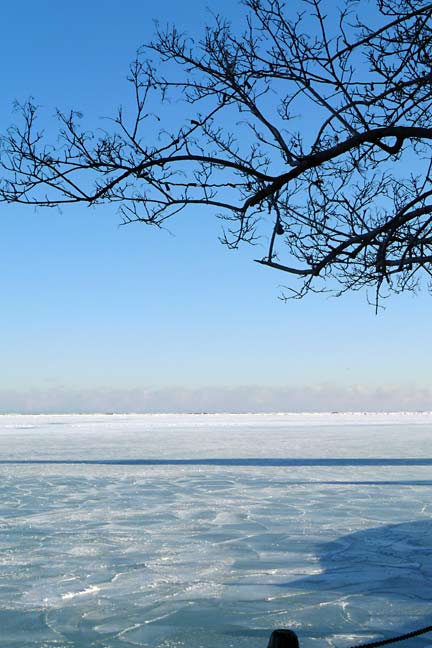 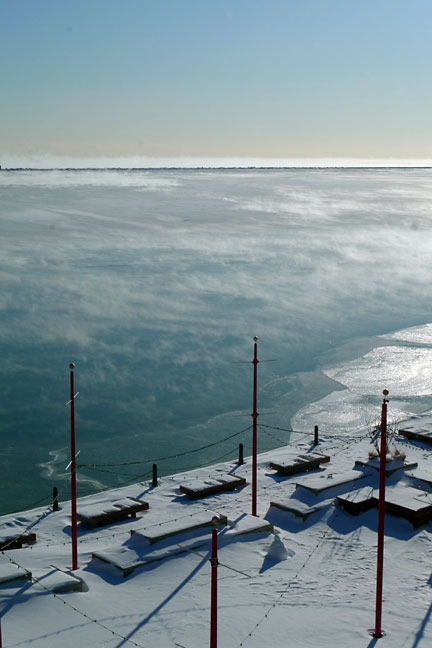 Record cold gripped Chicago last week. The temps were way below zero for several days and it was breathtaking in more ways than one.

When it is the coldest here, the sky seems to be the brightest. No insulating protective cloud cover when an arctic front sweeps in and lingers.

Lake Michigan is a wonder of confluence; it hosts the party where the blue tones of the sky meet the earth tones of whatever is under all that water, tempered and toned by the condition of the air itself. It’s a colossal mirror that mixes up whatever nature throws at it and offers it back never twice the same.

It was working overtime when I was out at the end point of Navy Pier last Thursday. Even though it was cold enough to flash freeze my fingertips in seconds, its beauty was just too good to be ignored. I’ve started collecting pictures of the Lake to make an album so I can go back and linger in those moments that are a unique look at that which frames us here in Chicago.

Where else can you see smoke on the water, moving lightly across its face? Where else does a bank of fog diffused with color live on the horizon waiting for its cue to roll in?

I lived in San Francisco for many years and the Pacific was a muse like no other. But the Lake, when you stand on its shore, appears as majestic, stretching as far as the eye can see, never looking the same way twice, always beautiful.