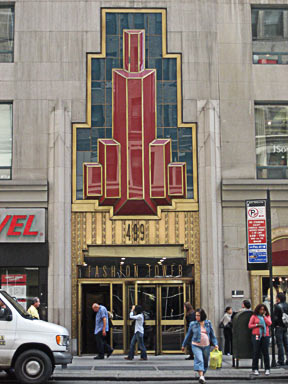 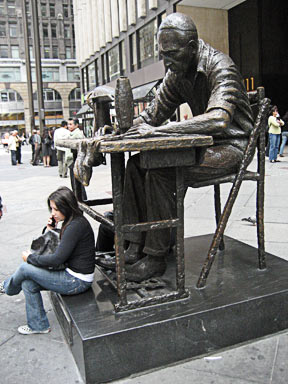 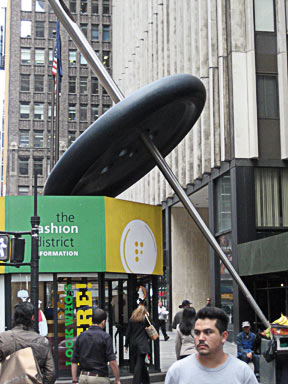 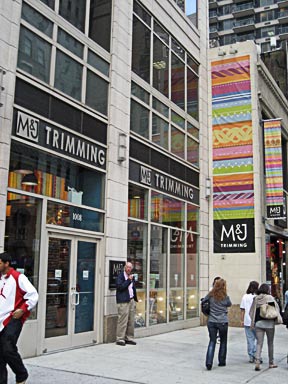 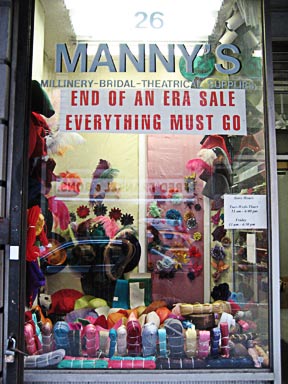 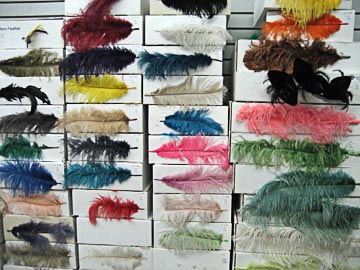 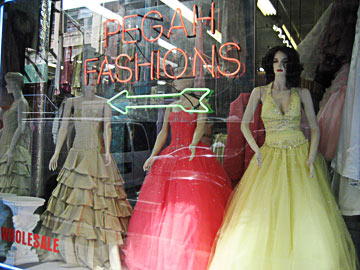 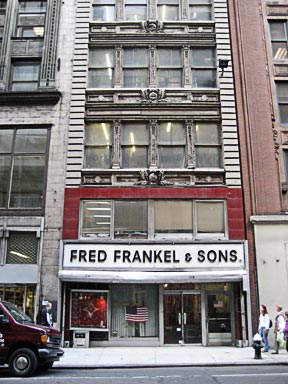 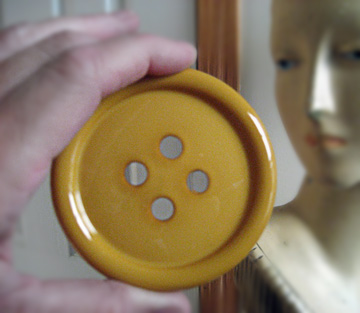 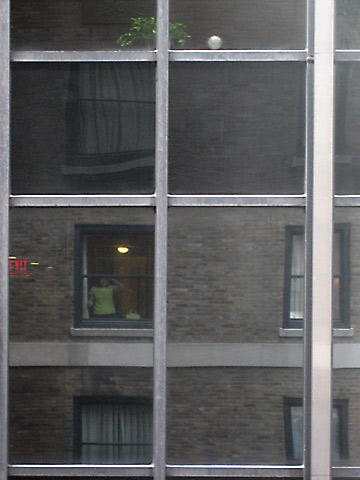 Just when I needed it most, fate and circumstance intersected sublime! What better place to run away from home to than New York, NY? 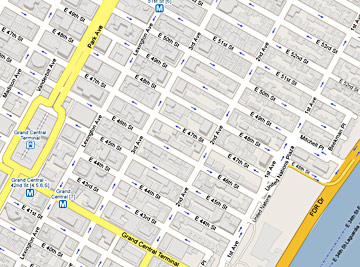 And what better zip code than 10017 — aka Midtown Manhattan. My friend E & I planned our annual excursion months ago, getting a great reservation at the Hotel Barclay. We love this neighborhood because it is a great jumping off point for all things north, south, east & west in the city. 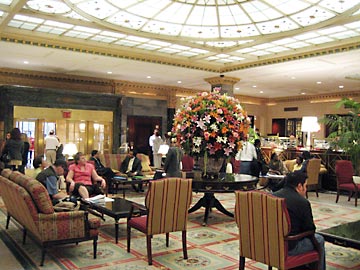 Little did we know that the long weekend we picked would coincide with an enormous International Event:

“World leaders are gathering in the U.S. city of New York City for the 63rd annual plenary session of the United Nations General Assembly.

But the coming week is expected to attract far more attention, as the heads of U.N. member states take turns addressing the assembly. Those addresses begin on Tuesday and include speeches U.S. President George Bush and Iranian President Mahmoud Ahmadinejad.”

We were staying just a couple of blocks from the UN and our hotel (and every hotel for blocks around Midtown) was filled to the brim with maximum VIPs: heads of state, diplomats, ambassadors, and their minion. We found a message on our phone from the management advising us that we had to be moved to another room because the Secret Service had cordoned off our hallway (WHO was our neighbor??) Around the corner from us, at the Waldorf-Astoria, President Bush hosted an event for over 400…

Everywhere you looked, for blocks and blocks, there were Secret Service Agents, international police and guards, limousines, black SUVs, NYPD, and more.

Right after we checked into our room, we hit the streets for some fun and had to skid to a halt as a caravan of vehicles passed, one fully loaded with SWAT police hanging out the window with maximum weaponry. Whoa. D.e.e.p. breath. 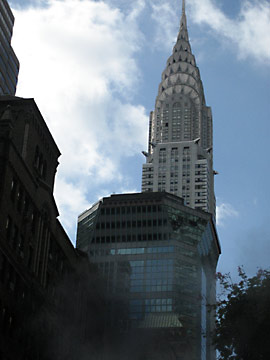 The only thing left to do was look UP! AND ah, that’s why we love Midtown: there was the beautiful Chrysler Building in the clouds and we were soothed by the blue, blue sky… 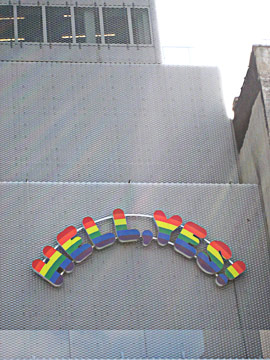 Were we still glad we tripped into Manhattan (and a little bit of history)? Oh yeah, like the Bowery’s new New Museum of Contemporary Art says so succinctly (sculpture by Ugo Rondinone)… (See full size bldg here.)

…coming up next: small adventures on the west side of town… 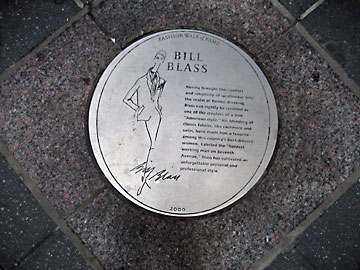 Because I’m always crushing on the samples here at Chez Chic (with unrequited love — hey, they might be in another state!) I’m casting on for a YANK Pea Coat of my own…

The original is made using Cascade PASTAZA, which is a wonderful llama/wool blend that knits up into a very pleasing coat-like fabric.
Ann is going to make a YANK in red using this great yarn.

But I wanted to try something different!

I was leaning towards Brown Sheep LAMB’S PRIDE WORSTED (in a color called M82 Blue Flannel) or maybe Reynolds CANDIDE (color #4 Navy — anybody have a source for this yarn?).

But the yarn that really sent my heart straight up into pitter-patter mode was this:

As you’ve probably noticed, I’m going for the straight traditional Pea Coat look! AND, just for kicks and grins, I decided to *sketch* the coat to see how it would approximately look in my new color pick… 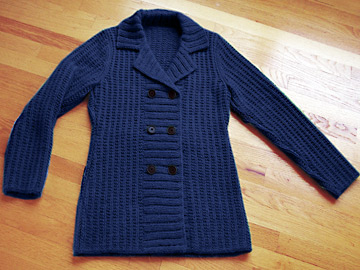 Kids: Try This at Home! Open your picture in Photoshop. Use your favorite selection tool to outline the garment. Make a new layer and fill the selection with your new color chosen using the Color Picker. Copy that layer so you have two layers. For the first layer, choose the “COLOR” blending mask from the drop-down menu at the top of the layers list. Then for the second layer on top of that one, choose “MULTIPLY” from the same menu to darken the color to the tone you like using the % sliders on the top right…

Now, could I stop right then and there? Nah. I love sketching in this program and decided to make a JACKET length version of YANK! I am going to make my Yank about 5″ shorter and VOILA! 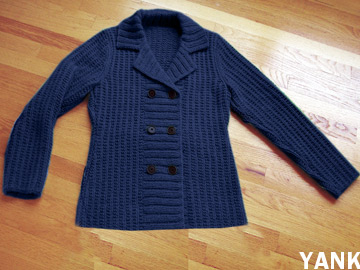 …for your pleasure, a Yarn List for the YANK Pea Coat…