One of the things that jumped on the bus with me back to Chicago from the Michigan Fiber Fest a couple of weekends ago was not a giant Magic Eraser (good one, Paula!) nor a delicious cake form (yum, Frank) or a humungous Altoid (ha, Jill) but a new Foam Hat Mold.

I’d seen this set several times before (from the Mielke Farm folk) but all of a sudden, after one small phone call from explorer Nancy Q. in Bldg. A to me on the Sheep Midway, it just seemed right. [Notice that it is large enough to make a man’s wide brimmed hat.]

I’d like to call this music video I shot about the new toy “Ode to Felting.”

It is just a small narcissistic knitting equivalent of one of those bum-shakin’ videos that are so so prevelent on ya Tube, but here instead of a booty call, you get some wet felt in the face ;p

And yet, even though it exhibits and celebrates all the characteristics of Tube: grainy video shot with a micro-camera, slightly annoying soundtrack, (not as annoying as that Popeye’s ad, people) and that wonderful Utube shabby playback quailty from their funk Flash compressor, you can see this is no tender grasping moment, but a real hands-on push-me-pull-me time of wool on a frame. Almost like working bread dough… …how could I live without this? 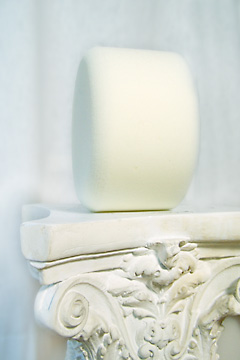 the Calm After the Storm 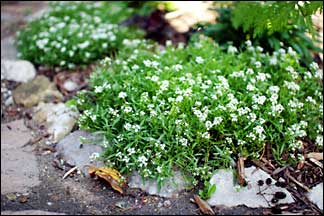 August 2007 in Chicago was a challenge, to be sure. Over and over, we were hit by tremendous thunderstorms, the likes not witnessed by any in memory, recent or otherwise.

Rain, rain, and more. Rain was the order of the day, day after day.

Last Thursday appeared a storm so huge, so volatile, that even though the NWS didn’t call it a tornado, it was everything but the funnel. Several hundred thousands were without power for days; only yesterday had restoration begun to be widespread. I worked at my *day job* endlessly recording the damage and woe. Everywhere I went, it looked as though a giant had walked the land, crushing 100 year oak trees like pencils, splitting power lines like twigs, lifting and crashing boats upon the shore.

Once home, I had not the heart to go farther than my deck after it all calmed down. There I found things thrown around, but no real damage. Praise.

Today I went into the yard and found: Blessing. 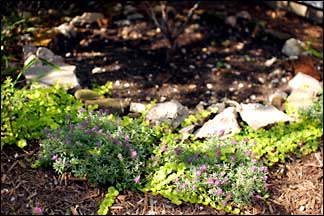 As if to meet the challenge of the rain, wind and lightning, everything grew like mad, as if getting bigger would might just shake a fist at the storms. I dare you to uproot me; I will twist and hold onto stem and rock and anchor myself against you! 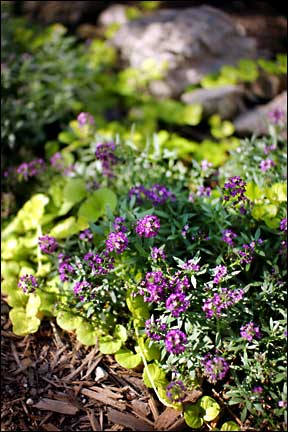 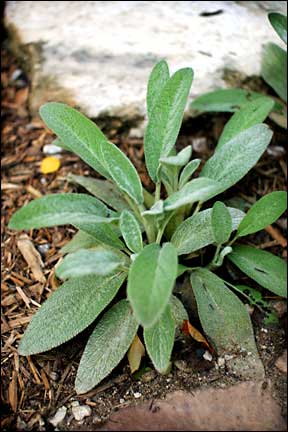 Things had doubled, tripled, quadrupled in size, none getting larger in proportion than the Lamb’s Ear I planted by a huge stepping stone. This started as a tiny cutting my Mother brought me from her garden a few weeks ago. I had given a small cutting to her over 10 years ago and now it had come home, and circled the place where the children like to stand.

When we were digging, at first, we unearthed a huge piece of worn cement — possibly a piece of the foundation of the house that burned down on this site many years ago. Every time the grownups were working, the children would take turns standing on this rock, overseeing us, being as tall as we. I planted the Lamb’s Ear for them too — I have never met a child that did not like to pet it :) 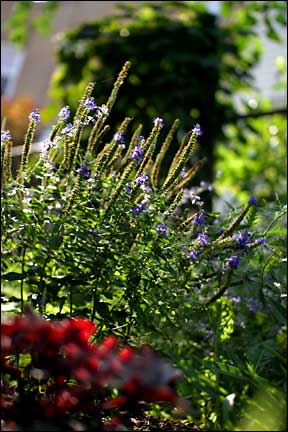 Veronica lifts its arms in song…

For me, Nature is something you sometimes have to just get out of the way of and let it g(r)o(w)…